The politics behind his aesthetics

Wojciech Has: The Silent Rebel 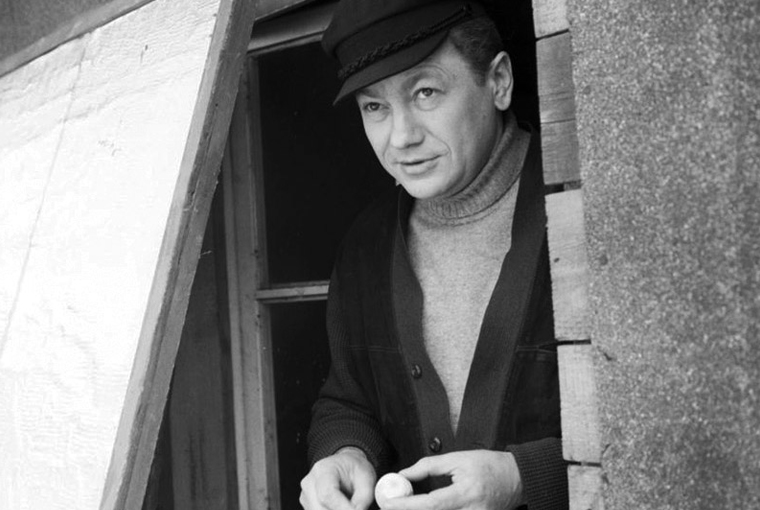 Wojciech Jerzy Has remains a largely unknown and forgotten filmmaker, or, what is worse, a cult director (which means that his films are only watched and praised by a small tribe of chosen ones). Major names like Luís Buñuel, Jerry Garcia, David Lynch, Martin Scorsese or Francis Ford Coppola have made some efforts to restore and divulge The Saragossa Manuscript. The Jury Prize of the 1973 Cannes Festival was awarded to The Hourglass Sanatorium. DVD packages including most of his features have been recently released in the US, the UK and France. All of this has been to no avail.

Which is possibly fair, meaning that it is to a great extent his own fault. Many of Has’ films, including his master pieces, are unwatchable. They are sometimes dark and gloomy, at times lengthy, sometimes surreal and straightforwardly delirious, often excruciatingly convoluted, while their message is for the most part not easy to grasp for the layman. On the other hand, Has adopted what one critic labeled a “strategy of the solitary”.1 He always struggled to keep his independence in the midst of Communist Poland. He never joined the Party, never made a public statement concerning the political events of his country, and even during his Polish School period, never fully conformed to the standards of Socialist realism. His favorite settings are cities in ruins, half-abandoned houses, interiors full of dust and junk, godforsaken landscapes. His characters are far from being the romantic, willful rebel heroes promoted by the Party. They are rather passive antiheroes, individuals trapped in their own worlds, outcasts who feel uneasy in their bodies, in their society, in their time, who suffer from some evil or telluric force which appears to come from the outside, and which they try to escape through dreams, fantasies or memories. But then, as the film moves on and Has carefully blurs the boundaries between dream and wakefulness, between illusion and reality, past and present, it becomes less and less clear whether such evil or telluric force that haunts the characters comes from the outside or the inside. It actually becomes unclear where is the outside and where the inside.

Wojciech Has soon earned the reputation of a lone wolf, and so we find him portrayed, in the entry that carries his name of a dictionary of Polish cinema, as someone who “ignored history and politics, the fateful fascination of Polish cinema, did not take political stands, and trusted his own imagination”.2 To accept such an image of Has, although not wholly untrue, would be misleading. To be sure, Has himself contributed to that picture. For one thing, he was more interested in metaphysics (the metaphysics of time and memory, of reality and illusion) than politics. Besides, most of his films are literary adaptations, the more famous ones of classics of Polish literature (and what could seem farther from a committed cinema than the adaptation of a classic?). Finally, he made fanciful declarations such as this: “I reject matters, ideas, themes only significant to the present day. Art film dies in an atmosphere of fascination with the present.”3

To many, then, what Has was fascinated with (especially since the end of his Polish School period, i.e. from The Saragossa Manuscript on, when he adapted works by Jan Potocki, Bolesław Prus, Bruno Schulz, Anton Chekhov or James Hogg) was the past, and a past long bygone. In my opinion, though, the emphasis in Has’ statement just quoted is on the only. Linguists and literary scholars have long argued that we need to distinguish between an utterance (its semantic meaning) and the context (that is its pragmatic meaning). As Borges put it, the same words written first by Cervantes in the seventeenth century and then by Pierre Menard, a contemporary of William James, in the twentieth, will have radically different meanings. The same holds for any literary work and its adaptations. When Has reenacts a nineteenth century novel in the 60’s Poland he is not only reactivating its meaning or opening the dialogue between past and present, but also telling his contemporaries something pretty different than what the original said, and this might prove deeply upsetting from the point of view of the authorities. An example is what happened with The Hourglass Sanatorium, the pastiche made out of Bruno Schulz’s prose depicting the lost world of the Hassidic communities of Galicia. Has started to shoot it in 1968, in the midst of an anti-Zionist campaign and anti-Semitic purge within the Party, which forced many Polish Jews to flee to Israel. By the time the film was finished, in 1973, the unsettled authorities forbade it from crossing the border. Has nevertheless managed to smuggle it to Cannes, and the price of such boldness was that for nearly ten years he was denied permission to shoot again.

On the other hand, adaptations have always been the means par excellence for disguising one’s message and rendering it ambiguous. In times of censorship and authoritarianism like those of the Soviet bloc, when a slightly biased opinion could have you sent to the gulag, bringing to the screen an apparently innocuous nineteenth century novel, whose subject seemed irrelevant to contemporary matters, could be seen as a circumspect way of sneaking in critique. Parody is more readily swallowed than straight accusation. Of course, there is the risk that your message won’t be grasped. One has to read between the lines to get the point, but nothing guarantees that what is seen between the lines is really the intended message. In any case, it does not seem coincidental that Has’ films are set during the Inquisition (The Saragossa Manuscript, The Tribulations of Balthazar Kober), the times of religion wars and witch trials in Scotland (Memoirs of a Sinner), the aftermaths of the failed Polish insurrection against tsarist Russia in 1863 (The Doll) or WWII (Farewells).

Indeed censors, eagerly attentive, sharp and paranoid, took it as no coincidence. As Anne Guérin-Castell (the first scholar to devote a PhD thesis to Has) explains on her website, they subjected Has’ films to a censure as subtle and sneaky as were the critiques the filmmaker slid into his films, producing and distributing as the full-length version of The Saragossa Manuscript their own cut (that is 28 minutes shorter), or repeatedly sending to several retrospectives in France Goodbye to the Past (Rozstanie) instead of Farewells (Pożegnania), which the organizers requested, and which offers a rather unflattering portrait of Polish aristocracy.4

A more appropriate image of Wojciech Has, then, would be that of a silent rebel hiding his political stands behind his adaptations. Or, as David Melville writes: “The past, for Has, was more than another country. It was, at once, his act of defiance and his means of escape.”5

Has’ contempt towards the world he lived in, though, is more promptly seen in his metaphysical and artistic agenda. The themes pervading his films — his obsession with time and memory; the constant interrogation about what really exists or could exist, about what is and isn’t real; his characters’ journeys towards self-discovery and their search of a redemption which would be strictly individual, are an obvious reaction to Socialist realism’s dictum that the artist should be committed to “the truthful, historically concrete representation of reality in its revolutionary development,”6 which often translated into meager and cheesy idealism. His philosophy is that of a man who’s spent a lot of time among surrealists and phenomenologists (people like Husserl, Heidegger or his countryman Roman Ingarden). “In the dream that is a film,” he once said, “one often has a singular time loop. Things of the past, issues long gone, are overlaid onto current reality. The subconscious invades reality. Dreams thus allow us to reveal, to show the future.”7 His crusade against a “fascination with the present” is also a correlate of Ingarden’s quest against Husserl’s transcendental idealism (i.e. the idea that only what is present in consciousness is real, whereas all the rest is ‘nothing’). Like Ingarden, who was a friend of Schulz, Has believed that there is more to reality than we can see or conceive of. Whereas Socialist realism tended to narrow down the spectrum of the real, Has’ main pursuit is to broaden it.

1.
Tadeusz Miczka, “Cinema under Political Pressure: A Brief Outline of Authorial Roles in Polish Post-War Feature Film 1945-1995,” Kinema 4 (1995); http://www.kinema.uwaterloo.ca/article.php?id=336&feature.
2.
Marek Haltof. Historical Dictionary of Polish Cinema. The Scarecrow Press, Plymouth, 2007, p. 62. Haltof makes almost literally the same statement in his Polish National Cinema, Berghahn Books, New York, 2002, p. 82.
3.
A 1981 Kino interview quoted by Haltof (2002), p. 82.
4.
A detailed analysis of the censure underwent by “The Saragossa Manuscript”, together with the anecdote concerning “Farewells”, as well as many other articles devoted to the filmmaker, are to be found in her website devoted to Has (http://www.anne-guerin-castell.fr/fr/wojciech-has/). A short article in which Guérin-Castell succinctly exposes Has’s attitude vis-à-vis of the authorities is “Wojciech Has, un cinéaste libre (1): le pouvoir” (https://blogs.mediapart.fr/blog/anne-guerin-castell/110608/wojciech-has-un-cineaste-libre-1-le-pouvoir).
5.
“’The Fiery Beauty of the World’: Wojciech Has and The Hourglass Sanatorium,” Senses of Cine-ma 64 (2102). Available online: http://sensesofcinema.com/2012/cteq/the-fiery-beauty-of-the-world-wojciech-has-and-the-hourglass-sanatorium/#3/.
6.
Quoted from the “First All-Union Congress of Soviet Writers” by Peter Kenez, Cinema and Soviet Society: From the Revolution to the Death of Stalin, I.B. Tauris, London, 2001, p. 157.
7.
“Wojciech Jerzy Has,” in culture.pl (http://culture.pl/en/artist/wojciech-jerzy-has). 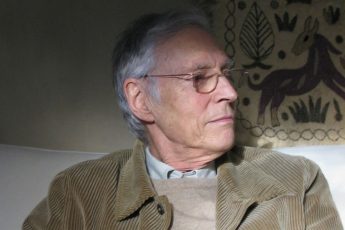