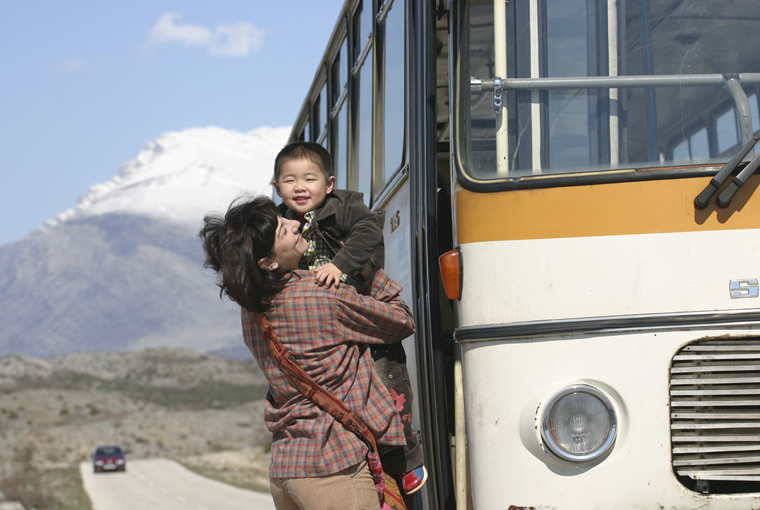 This month, our 2012 focus on Balkan cinema concludes. After our journal launched in 2011 with a focus on Romania, the Balkans were a difficult region to handle. While Yugoslav cinema from the 1950s onwards offers valuable cinematic works from different genres, styles and approaches – this year, we looked at works by Serbian directors Dušan Makavejev, Goran Marković, Živojin Pavlović and Slobodan Šijan -, finding good productions from the 1990s and the 2000s proved to be more elusive. This, then, led to a critically dominated discourse of Balkan cinema, especially regarding the treatment of the West (e.g. Cirkus Columbia), the emergence of an identity-lacking “international style” (Cirkus Columbia, Ordinary People) and the use of violence as a pseudo-semantic vector (A Serbian Film, Before the Rain, Tilva Ros). On a lighter side, it seems that the relative Serbian predominance within Yugoslav post-war cinema has been replaced by a greater national variety. In most “new” and old states of the Balkan region, multi-national co-productions have allowed regional cinemas to emerge. This has led to some succesful productions, also, and thoughtful discussions of social topics such as health-care (e.g. Sofia’s Last Ambulance), the economic crisis (Out of Frame), sexuality (Clip), minorities (The Parade, When Day Breaks) and post-war traumas (Children of Sarajevo, A Letter to Dad, Sorry for the Kung Fu).

This year, our journal featured reviews of recent productions from Bosnia (Children of Sarajevo, Cirkus Columbia), Bulgaria (The Color of the Chameleon, Sofia’s Last Ambulance), Croatia (Sorry for the Kung Fu), Greece (Out of Frame, Travelling Players), Former Yugoslav Republic Macedonia (The Woman Who Brushed Off Her Tears, Before the Rain), Serbia (A Letter to Dad, A Practical Guide to Belgrade with Singing and Crying, Clip, The Parade, Tilva Ros, When Day Breaks) and Slovenia (Silent Sonata). Of course, the sheer versatility of the region makes an exhaustive treatment of Balkan cinema almost impossible. This list, then, should be taken as an insight rather than a index, with many films that deserve treatment having remained untouched by our discussion…

For this month’s issue, Moritz Pfeifer saw the 2004 film Sorry for the Kung Fu, a low-budget production by Ognjen Sviličić. The film revolves around Mira, a young woman who returns home pregnant after the war. Pfeifer met Sviličić during the Croatie, la voici festival in Paris to talk to him about his films, Croatia’s upcoming EU entry, and parallels between Croatian and Romanian cinema.

Anastasia Eleftheriou discusses Emil Christov’s The Color of the Chameleon, a spy film from 2012 that follows a Bulgarian secret agent. In our Interviews section, you will find an interview with Christov on the film. For our Retrospectives section we also discuss A Bomb Was Stolen, a Romanian spy film from the 1960s, in which two rival gangs try to get hold of a nuclear bomb. The film was selected for the Cannes Film Festival in 1962. 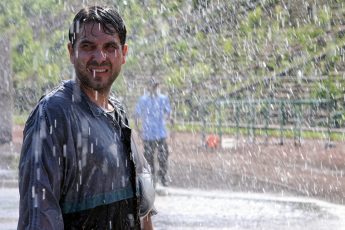 « Previous post
Some Ideas on the Meaning of Béla Tarr’s Animals
Next post »
Ion Popescu-Gopo’s A Bomb Was Stolen (S-a furat o bombă, 1961)