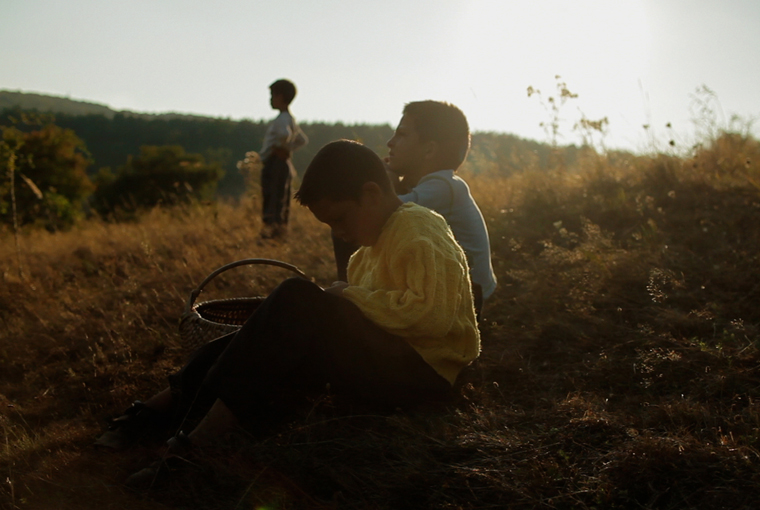 Last month, we examined the activity of film bureaucrats (in Poland and Romania) who are first to decide about the aesthetic value of projects and deliberate whether they are worth making. Today, we make a short excursion into institutionalised judgements about the quality of finished products in Europe: film awards and film journalism.

In polemies of the American film industry, the Oscars take up an exceptionally prominent role. The award ceremony, so it seems, perfectly represents Hollywood’s conventional and capitalistic machinery, and by extension, American culture. The condescending attitude of Europeans towards the Academy Awards may be sustainable today, but European cinema is seeing a similar development, with many films already being spotlighted by both events (The Artist and The King’s Speech, for instance, were nominated for Best Film both for the Oscars and the European Film Awards). The fact that juries at film festivals still make their decisions (largely?) independent of economical considerations is due to the fact that the juries of all important film festivals are independent. The philosophy of the European Film Awards on the other hand is in large part dependent on the will of the executive board of the European Film Academy. Non-creative and/or institutional applications for membership (and thus a voting right) are made individually by the board – no criteria are provided for such pleas. Of course, the European Film Academy sees its mission in promoting European cinema, but so does the Academy of Motion Pictures. Even if the membership criteria to the European Film Awards were more transparent, the voting process would hardly be: whose interests are voters representing? Do film professionals really vote based on their aesthetic convictions? And even if they did, are their votes worth more than those of the ordinary viewer? Lastly, what qualitative difference will the nominations and decisions of the European Film Academy have to those of the Academy of Motion Pictures as the European commercial market extends, for example to the East?

Film criticism resembles awards in that it reflects subjective views, and differs from them in that those views can partly be justified through arguments. Instead of postulating that film x is good, film criticism attempts to give reasons for thinking that film is x is good. While festival awards are indeed a laudable promotional device, prizes wouldn’t say much without accompanying exegeses. Unfortunately, this causality is neglected, as the state of film criticism in Europe doesn’t point to a bright future. The discontinuation in 2013 of Schnitt, a German film magazine, after 17 years of existence is just one example for the decline of independent film criticism: the growing film industry in Europe lacks a model for supporting high-quality film criticism. More and more journals – like Critikat.com or ourselves – build on non-professionals. Financial dependence from the state, which suggests silent censorship in countries like Hungary, is likewise problematic for film journalism. Cineuropa.org, co-funded by MEDIA desk, often feels like a missionary arm of the European Union: few (if any) films are criticized – promotion here means propagation. If there is something that can be said in favor of the US film industry in comparison to Europe, it is the financial and ideological independence of film press. In many cases, Variety and The Hollywood Reporter are the only reliable outlets which review European productions through their festival coverage – a worrying pattern.

Perhaps, the decline of film criticism shows what role cinema plays in our everyday lives. There, reviews mostly exist as one-liners that end up in trailers. To many viewers, film critics and film festivals are there to ascertain the quality of a film – they are viewed as a sort of seal of quality (which is why Cineuropa’s reviewing style has an intrinsic value). Insofar as such “blind” ascertainment is a sufficient criterion for checking the quality of a film, viewers largely disregard the aesthetic, cultural, intellectual, political (etc.) dimensions of film. The truly sad thing is that this development receives institutional support. But then again, there don’t seem to be very many people who take issue with this fact…

We are happy to announce that EEFB partners the Al Este de Lima (May 7-17) and New York Polish Film (May 8-11) festivals, two events promoting Eastern European cinema internationally! This month, we saw four recent productions from Poland, the country that forms our regional focus in 2014. Moritz Pfeifer looked at Maciej Pieprzyca’s Life Feels Good, which is based on the true story of a boy suffering from cerebral palsy. In One Way Ticket to the Moon by veteran helmer Jacek Bromski, the ’68 generation in Socialist Poland is examined. Julia Zelman reviewed My Father’s Bike, in which estranged fathers and sons must learn to accept and express love. Lastly, Jack Page saw The Girl from the Wardrobe, an idiosyncratic production by Polish helmer Bodo Kox that revolves around three off-key friends. We also talked to Tomasz Wasilewski about his new film Floating Skyscraper, which Jack Page reviewed for our journal last month.

We also saw The Forest is Like the Mountains, a visually rich documentary set around a small Roma village. The film was produced at the HFF, a state film school in Munich. Seduce Me, Marko Šantić’s first feature, explores elements of seriocomedy to tell the coming of age story of a young man in Slovenia. In Shame, Uzbek director Yusup Razykov tackles a tragic accident from the point of view of the sailor’s wives left behind on the Kola Peninsula. Velvet Terrorists, a collaborative, experimental film, follows the fate of three dissidents who were jailed for committing terrorist acts under Czechoslovak Socialism. Colette Castro spoke to Peter Kerekes, one of its authors, for this month’s issue. 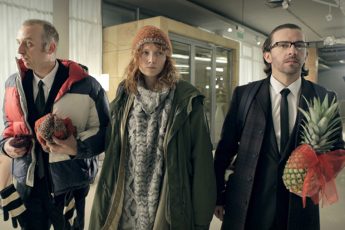 Bodo Kox's The Girl From the Wardrobe (Dziewczyna z szafy, 2013) 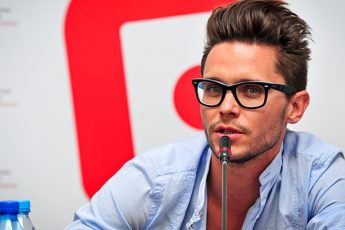