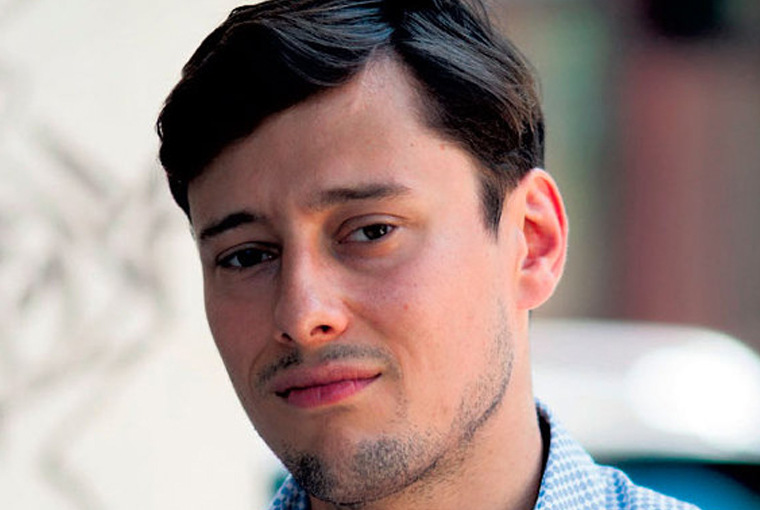 We met Croatian director Nevio Marasovic at the Transilvania International Film Festival (May 30-June 8) to speak to him about his second feature “Vis-à-vis”, which screened in the main competition.

You said after the screening (at TIFF) that people would not care about the protagonist if his only problem were that he is not able to finish the script. Do people care about stories of a project being conceived, or not?

In films you need to have important subjects. You can theoretically make a film where a guy is struggling to write for an hour-and-a-half, but we didn’t want to do this. We needed to have a more fundamental reason why this guy is unable to write. For me, the question is why the filmmaker is constantly struggling to write this movie so much, why this is a matter of life and death. In the end, you see it is really a matter of life and death because you find out that his father died and that this is the reason why he needs to make the film – he feels guilty for how he treated his dad and wants to make up for it. I thought it was a good way to add reasons why he wants to make this movie and why the viewer should identify with him in this struggle.

So people are unable to identify with the struggle qua struggle?

Yes, there needs to be a reason behind it. You always need to have reasons and narratives around a guy who is unable to write – this in itself is not a good reason.

…a technical or narrative necessity.

Yes of course. You always need a human reason behind such intentions.

But do you think such reasons exist in your case?

Yes obviously, because this is my life and I have to keep doing films. But this is something I can tell my filmmaking friends, not regular viewers. A regular viewer would say “Why should I care?”

No, this filmmaking part is just one segment of the film. Male psychology is also crucial to it. There are a lot of levels.

Why did you interrupt the sequences with music and observational shots? I had the impression that this kept one at a distance from the film.

That is intentional. Since this is a film about filmmaking, I wanted the viewer to be aware that he is watching a film. It was a stylistic decision: alternating real moments and dream sequences. I wanted to have this strange mix that you often have in US indie movies. It works for some people, for others it doesnt – its a matter of taste.

Do you think your film fits the style emerging from Croatian cinema right now?

No, it’s completely different. Everybody in Croatia said that this may be a new step in Croatian cinema, even though I don’t think so because it is a very particular style of movie. I think it is something of a combination of US independent film and Scandinavian cinema.

The characters in your film talk about melodrama a lot. Do you think there are certain sequences that are melodramatic in your film?

I did that on purpose as well. Because they are speaking about melodrama, I wanted to have some there so that this self-reflective style is kept up.

Do the characters say what you personally think about cinema? An obvious question that comes to mind is why you wanted to make a film about filmmaking early in your career…

I don’t know, because this film wasn’t planned. We wanted to do something and this was an idea close to all of us. I don’t know why I did it now – probably because I’ve been a filmmaker my whole life and this is what I do. It is not that I was frustrated and had to say this or that about cinema. The bottom line is that we had a lot of fun. We didn’t think the project through in advance, but just did everything from the heart.

Then your characters are more ambitious than you are – they have theoretical aspirations.

Yes, they have a lot of frustrations that I don’t, because it’s not an autobiographical movie. I like to have this Frankenstein mixture of me and some fiction.

A lot of films from filmmakers about filmmakers have a quite unappealing protagonist. You described your main character as being a loser, too. In your case, was this decision to make your protagonist alienating a way not to come off as arrogant, or is there an artistic reason for it?

My actor Janko really did get divorced, so the film was a therapy of sorts, actually for the two of us. We put in a lot of our frustration in it. That is why the negative parts in the characters may be a little bit overrepresented. We put our bad emotions from that time in the film.

Was it difficult to direct the film in spite of being partly autobiographical?

We just went to the island without a synopsis or anything, so the way we would work is “Sit down on that bench and start talking about something”. We had a lot of scenes that did not end up in the film, and there were others we made to justify scenes that we came up with. That’s how we added drama to the story. It was a crazy process: we were staying up until 6, drinking and brainstorming etc. I think it was the best experience of my life.

Do you think this really comes out in the film? I feel like many viewers seeing the film may get a romanticized image of filmmaking from it, not your fun-based approach.

This sort of stuff just happened. A lot of people thought this was a comedy, when we were not planning to make a non-serious film. I liked this, actually, because the best humor is the one you dont plan in advance.

But that’s not the only way to the cinema – your next project sounds like the complete opposite.

Yes, we will have money for that, a script etc. It will be a professional film, whereas this one was just artistically impulsive. But I would love to do another film like this, to go crazy.

It is. If we had had bad actors, it would probably have been impossible to do it this way, but it worked. We had energy together – one mind and one heart.

Your film is not meant as criticism of the Croatian Film Institute?

No, no. That was a big problem, because in Croatia a lot of people think I made this film to discredit the Film Fund for not giving me money for my next film. In fact, I have a really good relationship with the people there, including the president, so this was in no way intended to be a critical film. They gave us money for this film and it is not true that I did not get funds.

What do you think about Croatian cinema right now? Can you identify with it?

Usually in Croatia we dont think well of Croatian films except some older ones, but now it is a different story. We make a lot of films which are mostly good – we are the seventh in Europe as far as film production goes. It is an amazing score for such a small country.

Can you say something about your next project? Does it still match the way it is described in the film

Yes, it’s the one they are making in Vis-a-vis, called Comic Sans, which still matches the description in the film about 60%. I have a problem with that because it was supposed to be shot on the same island, and people will now wonder why I only make films on that island. The thing, of course, is that we went to Vis to make Comic Sans, and that Vis-a-vis just happened. Comic Sans will be about a father-and-son relationship – lighter and more commercial than Vis-a-vis, sometimes romantic, but still with some festival appeal. In short, something between Alexander Payne and Woody Allen I would say.

I don’t know, it’s too early to tell. Ask me again in one year! 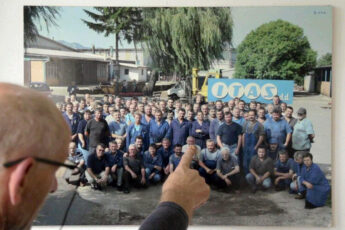