Danis Tanović’s An Episode in the Life of an Iron Picker (Epizoda u životu berača željeza, 2013) 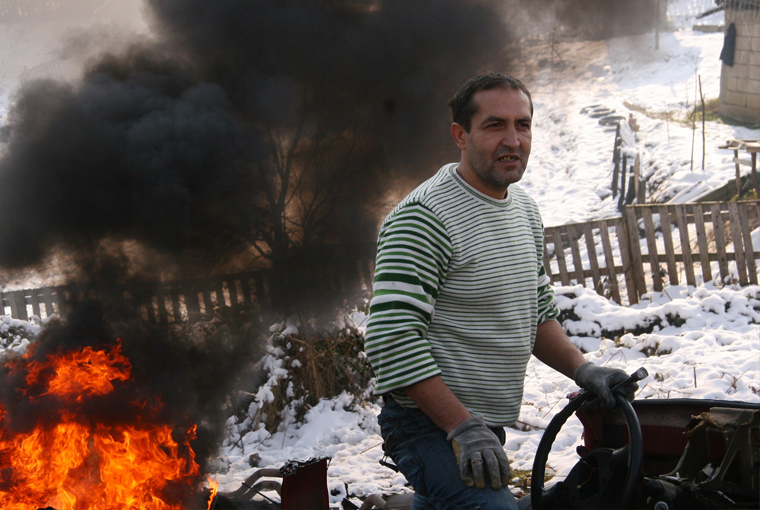 An Episode in the Life of an Iron Picker is the true story of Nasif and Senada who live in a small house in a poor Roma village in Bosnia. The film won two awards this year at the Berlinale. The Silver Bear went to the film, and the award for best actor went to Nazif Mujić for his interpretation of the father – surprisingly Nasif is not a trained actor. He was playing himself in the film…

As in many films, this one is inspired from a small news item which the director was particularly interested in. In this case however the director went one step further and managed to convince the couple involved in the case to star in the film, replaying a terrifying and extremely stressful situation. The acting is therefore ‘natural’, portraying the ‘characters’ in all their quiet determination without unnecessary contrivance or exaggeration.

The Roma couple have two happy young daughters, who laugh, sing and climb around the furniture of their small home. Their presence and joyous energy is a constant reminder of what is at stake when things start to go awry with the mother’s health. The community is particularly supportive. Nasif’s neighbors help in many ways: babysitting while they go to the hospital, helping him start his car and working alongside him. In contrast, the hospital staff are unaccommodating, and seemingly uninterested, offering no solution to their very serious medical problem. Without any insurance, the necessary operation would cost hundreds of euros, money which Nasif and his family don’t have. With a five-month old dead foetus inside her, Senada seriously risks death if immediate action is not taken. Desperate to save his wife, Nasif tries to make connections with social workers, who are blocked in their attempts to assist Senada in an unforgiving system.

Nasif offers an image of manhood which is unusual in films about hardship and struggle in Eastern Europe. He is a loving husband who treats his wife carefully, holds her hand, and takes her to the distant hospital many times. He talks to her calmly when she is desperate. Many recent Bosnian films focus on the ongoing problems from the war. Twenty-five years later, people are still tremendously divided. The director says that this film is an example of one of the symptoms of Bosnia having lost its way in its post-war recovery.

How can we classify this film which lies somewhere between documentary and fiction? Based on the true story of a pretend filmmaker, Close up by Kiarostami used the same method as An episode…, featuring the real people from the story in his film. The Kiarostami film is sometimes described as a ‘docudrama,’ which seems to be a weak and imprecise term for such an ingenious yet simple method. Implicit in the term docudrama is the idea that gaps in the story can be filled by fiction, thereby stripping the film of its political clout. Documentarian Kees Bakker reminds us that documentary originated with heavy staging. In a way, here we are going back to a simpler form of documentary-making. There is always going to be some fiction in documentary, and some truth in fiction. This film is neither and both, and sometimes, as here, reality lies between the two. 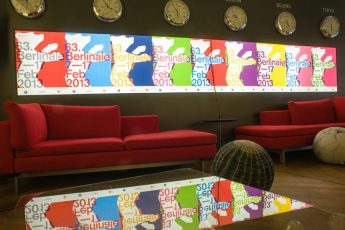