For the Love of the Other 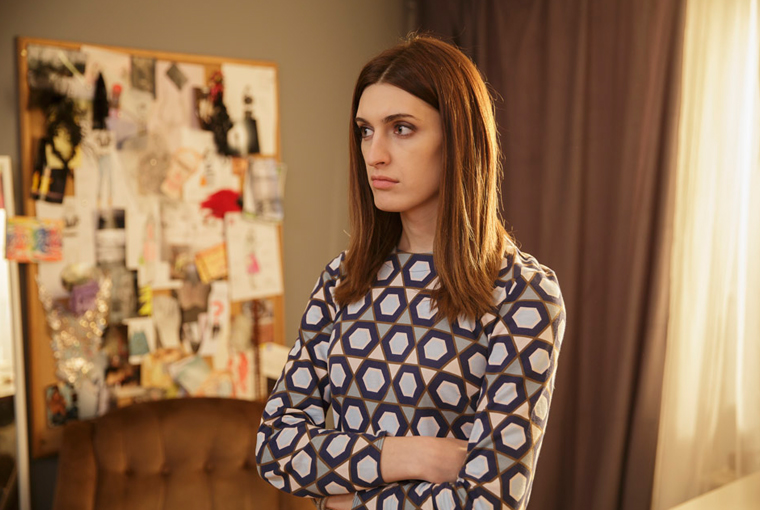 Recently, far-right groups have protested immigration in Gdansk, Warsaw and other cities although Poland has agreed to take in relatively few Syrian refugees – 7,600 – and currently has a low population of asylum-seekers in comparison to other European countries. Immigration to Poland is relatively weak overall; according to the Migrant Policy Institute, the country is still seen as a transit country from Asia or Eastern Europe to the West.1 Nevertheless, Polish filmmakers are interested in exploring these new populations, not only displaced Syrians but also people from Belarus, Afghanistan and Ukraine, to name the three countries whose expatriates appear in the compilation film The New World. One might expect the themes that run close to the surface in Polish media: prejudice, integration difficulties, racism. Yet the creators of The New World have chosen a nearly opposite approach. The immigrant Other, they show, is not only feared but desired.

A Belorussian woman unhappily married to a dissident punk musician learns that her husband Alexei has been imprisoned and is on hunger strike. Watching him grimly on television, she announces: “I won’t help him anymore.” But in her adopted democratic country, Poles find her most easily understood as the wife of a countercultural hero in a dictatorship. The pressure of Polish attention is compounded by her affair with Janek, who is rallying public action for her husband’s release, and by the fact that she and Alexei have a daughter.

“Zhanna” proves the most interesting of the three segments because it questions that most positive emotion, compassion for strangers and foreigners. To what extent, it asks, does this type of compassion depend on a distance, even objectification, of the beneficiary, and how often does this objectifying attention humiliate her? Zhanna is forced to accept second-hand sweaters from a beautiful, rich woman whose house she cleans; disappointed with her lack of reaction, the employer (elegantly dressed, while Zhanna faces her wearing sweatpants and rubber gloves) practically wrings expressions of gratitude from her. Here, the psychology is not subtle: the act of giving takes place on a downward slant.

As activism grows around the divided Belorussian family, even the pure of heart contribute to Zhanna’s pain. Young students proudly hand her three thousand złoty they have collected. Zhanna snaps a thank-you and promptly spends the money on an absurdly expensive pair of high heels. The act may seem distasteful, but Benkowska’s directing maintains a distance of a different sort than the rich woman’s; by placing the camera outside the store as the saleswoman counts the bills, she invites us to share not in a hedonistic rush, but in perverse alienation. Adding ambiguity to her apparent protest-by-consumerism, Zhanna is listening to punk music like her husband’s while she enters the store. While trying to leave Belarus behind, she carries its music with her. The contradiction is perhaps best expressed in a superbly performed scene with the daughter of the couple: when little Sonia insists on singing her father’s song, Zhanna seems to balk at first, only to start shouting along with nearly hysterical exuberance. The song, not coincidentally, is about freedom personified as a woman: “I loved her like crazy / If you’ve seen her / Let me know right away / Where in the world / Is my Freedom?”

The lyrics do not only comment ironically on Zhanna’s unhappy ties to her husband; through the feminine embodiment of freedom, they also slyly reflect the fact that Zhanna’s image as a wife and mother is being used as leverage for Alexei’s release. The man who casts her in this role is none other than her lover Janek, who is militating for the husband. In yet another paradox, the implementation of Zhanna to humanize Alexei as “not just an activist or a legendary musician [but] also an ordinary man who has a family” implies her own reduction to a symbol.

A feminist analysis of the segment could expand upon this aspect, as Zhanna’s marriage does not merely tie her to Belarus; it also takes her away from her studies and her sexual and romantic relationship with Janek. In terms of the Other, however, the lesson may be that some degree of distance is necessary, if only to undermine compassion that is based on misunderstanding. True acceptance of the Other means admitting that an individual’s behaviour can be self-contradictory, irrational, ambiguous, even unattractive; political refugees respond in complex ways to complex situations.

1.
Iglicka and Magdalena Ziolek-Skrzypczak. “EU Membership Highlights Poland’s Migration Challenges”. Migration Policy Institute. September 1, 2010. http://www.migrationpolicy.org/article/eu-membership-highlights-polands-migration-challenges. Accessed April 22, 2016.
2.
“The New World”’s two other segments are “Azzam” by Michal Wawrecki and “Vera” by Lukasz Ostalski, which continue the themes of identity, role and desire with the stories of an Afghani nightclub employee anguished by romantic homosexual feelings for his boss, and a transgender Ukrainian woman confronted by the boy she fathered when living as a man. Both also feature immigrants as objects of desire: erotic and by Poles in “Azzam”, as the title character is the somewhat exoticised pivot of a love triangle, and familial and by compatriots in “Vera”, since the character must reconcile the need to be accepted as a father and as a woman. I have not dealt with them here only because of their lesser relevance to the refugee crisis.