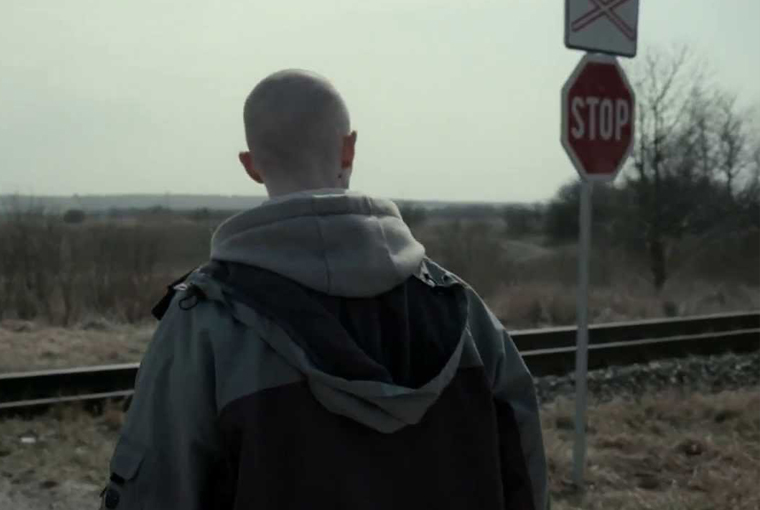 The issue of racism in Eastern Europe, especially towards Roma people, is increasingly being addressed both in documentary (e.g. Welcome Nowhere, 2012 by Kate Ryan) and fiction films, sometimes with the involvement of Roma actors (The Way Out, 2014 and We are Never Alone, 2016 by Petr Vaclav). It’s difficult to talk about the portrayal of Roma in Europe without falling into clichés. One common image is that of the juvenile Gypsy thief who is led into an unavoidable life of crime by his or her parents and family, being victim and perpetrator at once, both innocent and guilty. Mira Fornay’s My Dog Killer and Radu Jude’s Aferim! – both against a unique social backdrop -, give us birds-eye views of how society at large views these children: as a nuisance at best, at worst as a threat.

The uniformity of the racist attitudes expressed in these films gives an idea of how deeply rooted the problem with the minority group really is. Travellers, gypsies – they come by many names. In this article we’ll call them Roma – a dispersed group of people with Indian origins who generally speak the Romani language. A quick glance into literary history proves that the depiction of these young people hasn’t changed. In 1912, as part of a series of satirical short stories, the British writer Saki published Esme, in which a baroness tells an unusual hunting story which promises to be unlike any other. In it, the baroness, while hunting on horseback, is trailed by a large hyena. When she comes across a gypsy child of indeterminate sex, she is so busy complaining about “its wail” that she fails to notice at first that the hyena has taken the child firmly in its jaws and is finishing it off, abandoning the small corpse in a nearby bush. “Thankfully”, she claims, “the gypsies were equally unobtrusive over their missing offspring; I don’t suppose in large encampments they really know to a child or two how many they’ve got.” At the time, this biting little story was part of a series which criticized Edwardian societal norms; today it is revealing of the historical perception of Roma children.

My Dog Killer focuses on two step-brothers and the vile consequences of bigotry. Teenaged Marek’s parents are divorced, and his father has assigned him the mission of getting his mother’s signature for the sale of their vineyard. On his way to her village, Marek visits his white supremacist discipline group together with his mongrel dog, who is being trained to hunt Roma. The director of the film, Mira Fornay, made up her entire cast from non-professionals, including skinheads from the region. As spectators removed from the original situation, we can only marvel at her astonishing tolerance for such fanaticism.

When we meet Marek’s mother, we soon realize that her child, Marek’s step-brother is half Roma, which is a big problem for Marek, who is already having trouble fitting in with the other skinheads – some of whom claim they only tolerate him because of his dog. Like the hyena in Saki’s story, the ultimate killer will be the animal, thus relieving the protagonists of the actual murder to come…

A bar in the small Slovakian village where Marek’s step-brother lives, displays a poster stating “No Roma”. In a gripping scene, the young Roma boy is forced to wait outside the bar in this empty, seemingly silent town. It’s a powerful vector for the imagination as the potential for violence hangs in the air like a knife. The sign is what J. L. Austin calls a “performative sentence”, something which not only describes reality but also changes the social reality it describes. When Marek’s mother arrives, she brings her child into the bar with her, breaking the code with an action – she’s having none of it!

Less obvious at first is the presence of violence in Aferim!, a black-and-white masterpiece set in Wallachia in 1835, a kingdom technically under Ottoman rule where Roma people were bought and sold as slaves. There is a bounty on the head of a young Roma man who has been accused of seducing the Boyar’s wife. This film is about a manhunt: a father and son roam the countryside on horseback, searching for this errant child named Carfin.

The main character in Aferim!, the father, a ‘lawkeeper’ by the name of Costandin reminds us somehow of Klaus Kinski in Herzog’s Aguirre, the Wrath of God. As in Aguirre, the leader of the expedition is overcome with a desire to succeed his mission, even as he loses his inner voice of reason. The characters in Aferim! are not just presented as being racist. In fact, they are rather interesting, happy-go-lucky characters who drink and flirt with women, discuss history and sing folk songs: they are the kind of people who would normally be the heroes of such an epic history, and in a way they are. The passage of time helps us feel emotionally removed from some of the more obviously racist scenes. (In one scene they push around an old gypsy woman, pulling her by the hair and yelling orders at those around her.)

While My Dog Killer exposes its racism through absence of expression, through gesture and silent threat, Aferim! presents an outright platter of racial slurs: Roma are called crows, maggots, darkies, pharos… The repeated use of the word cioară (crow) is interesting here. In English, it is a derogatory term for an old (or ugly) woman. Indeed, otherness in all its forms is rejected, and being a woman is definitely other in this man’s world of hunters, corrupt peacekeepers and power play. As well as explicit racism, other rejections of difference come to the fore. Notably instances of homophobia and sexism: in Aferim! the man says to his younger son, “If you’re a sodomite, I’ll drown you with my own hands”. There is no room for difference or dialogue in their worlds.

Sexism is omnipresent in both films. In Aferim!, women are discussed as if they were animals. This is reinforced in the microcosm of the puppet show at a large fair where father and son arrive after having captured Carfin. A male and a female puppet are battling it out, and as the male puppet beats the female one, an excited spectator shouts encouragingly, “crack the bitch’s head open”.

When Georghe tries to talk the boyar’s wife into admitting she has been unfaithful he tries to appease her, saying, “women are more dim-witted than men and therefore unable to control themselves”. There is certainly no mercy for this pretty wife. She is shut up in a monastery forever while her young lover is castrated in front of a jeering crowd.

Meanwhile, the mother in My Dog Killer looses her younger son, the gorgeous little Luka, to her first-born, whose blue eyes and pale, pale skin make him resemble a ghost. By killing her son, seemingly her only purpose of life, Marek is performing a kind of symbolical matricide. He kills his mother to avenge her having turned towards someone else, his younger step-brother..

Both films deal with father and son relationships. But while in Aferim!, the father and son travel together and the father seems to be trying to teach his son how to survive (“we live as we can, not as we want”, he tells him), in My Dog Killer, the father teaches his son through a kind of apathy. He feebly asks his son to be good, but doesn’t seem to be active in reassuring him in any way. This father-figure hardly appears in the image, but his presence is felt. When the son tells his mother that she can’t come into the village where the father and son live, we can hear the echo of the father’s hatred. Thus, we see how violence towards a particular race of people is perpetuated from one generation to another. Another thing perpetuated is a lack of equality between the sexes. While Costandin teaches his son that Roma are naturally slaves, he teaches him something similar about women. When they go to a banquet he introduces his son to sex by giving him a prostitute for the night, telling him sternly “not to disappoint his father”. Echoes of sexism prevail in My Dog Killer as well.

Along with a return of European sovereign states towards nationalism (in this case Slovakia), discrimination against Roma is once again in danger of becoming the norm. Societies which see these groups as a threat, whether they be ruled by Boyars or representative governments, have found ways to marginalize them in their own ways – in 19th century Wallachia they sent people out to hunt, today through fear-mongering they have clearly found ways that are even more insidious. 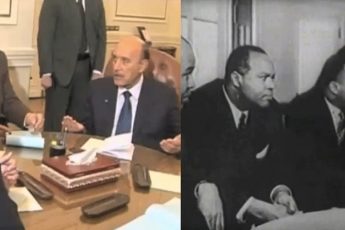