A Wake of Vultures 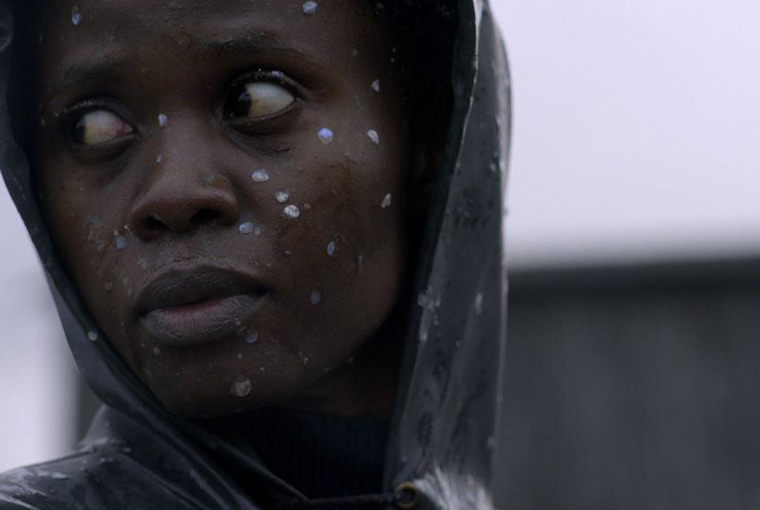 Rwanda, 1994. Anna (Jowita Budnik), a Polish ornithologist working in Kigali, gets caught up in the infamous massacre of the Tutsis. As she flees to Europe, she takes Claudine (Eliane Umuhire) with her as the only surviving member of the family she was living with. Bound together by their shared trauma, they resent each other and reject each other, but ultimately end up living together, each trying to cope in their own way. Anna quits her job and isolates herself, while Claudine struggles to fit into her adopted country and is sickened by her new life as a fish gutter. Eventually, however, the two decide to return to Rwanda to face their demons, but far from attaining any kind of closure, they instead find the damage to be even more extensive than they anticipated.

As the title and the choice of Anna’s profession suggests, birds play an important symbolic role in the film. On a narrative level, they represent her connection to Africa and to Claudine’s father Jean-Pierre, Anna’s colleague, who surrounded himself with birds that then disappeared after his death, leaving an unnerving silence in their place. Upon her return to Poland, she is unable to continue her research and breaks off her life’s work. In terms of visual symbolism, the film opens with an extreme close-up on vultures, Anna and Jean-Pierre’s shared specialism. Clearly, the choice of a creature so strongly associated with death and scavenging is no coincidence, and in one of the first, most horrific scenes a Hutu killer is also quick to verbalize this. Birds, animals and nature in general are shown at their most atavistic, and destructive. Vultures greedily insert their heads into every open orifice of a dead buffalo while maggots cause the intestines of a dead animal to writhe and suppurate, as a reminder of the corporal intransigence of life.

Structurally, the film divulges just as much as it needs to, jumping over unspecified gaps of time between poignant, to-the-point scenes. We watch as Anna gradually drives away her one companion Witek (Witold Wieliński), while Claudine makes use of her newly acquired Polish language skills by defending herself against racist police checks. A particularly strong scene set in Poland sees the two of them fighting during a car journey. We come in half way through the argument without any indication of what started it, but all of the tensions and feelings of burden between them flare up tempestuously, only for them to make begrudging peace two minutes later. Flashbacks to the time of the genocide are brusque and short, hinting at more than they reveal and refusing to dramatize the women’s experiences. The little that is shown is enough to get an understanding of the extent of the horror, without going into details. Likewise, heavy topics such as widespread rape are addressed with sobering frankness as the atrocities that they are without any kind of sensationalism.

One of the things that makes the film both so brutal and so effective is the way it completely avoids romanticizing the women’s trauma or the relationship they have established on the basis of it. While they do learn to coexist, their lives have clearly been irremediably disrupted and effectively halted, and there is no uplifting counter moral to be had. This denial of any satisfactory resolution also extends to other relationships, especially back in Rwanda. At first Claudine is in a state of ecstatic shock when she hears her cousin is still alive (seemingly the only member of the family other than Claudine herself), but when she eventually finds her in a camp, now the mother of a child borne of rape and possibly HIV positive, the difference in their predicaments leads to embitterment and distancing. Likewise, in a beautifully constructed shot only the hands of a killer are in focus as Claudine fails to extract either the psychological or practical information that she needs from him.

It is hard not to consider Birds Are Singing in Kigali in relation to the tragic story of its production. Initially begun as a collaboration between Krzysztof Krauze and Joanna Kos-Krauze, the latter was forced to finish the film on her own after the death of her husband and cinematic partner in 2014. As if that weren’t enough, director of photography Krzysztof Ptak also passed away before completion, requiring Józefina Gocman and Wojciech Staroń to step in to fill the gaps. It is impossible to quantify the extent to which these unfortunate events contributed to the film’s touching depiction of grief and loss, and potentially also its fragmented construction. However, it certainly can be said that the impressive performances by the two actors and the strong script provide a large basis for its overall effectiveness. Intended as a comment and warning as the right continues to rise in Europe and elsewhere, the last work by the Krauze duo is certainly not entertainment, but makes its points effectively and incisively, and is sure to leave a lasting impression on whoever sees it.