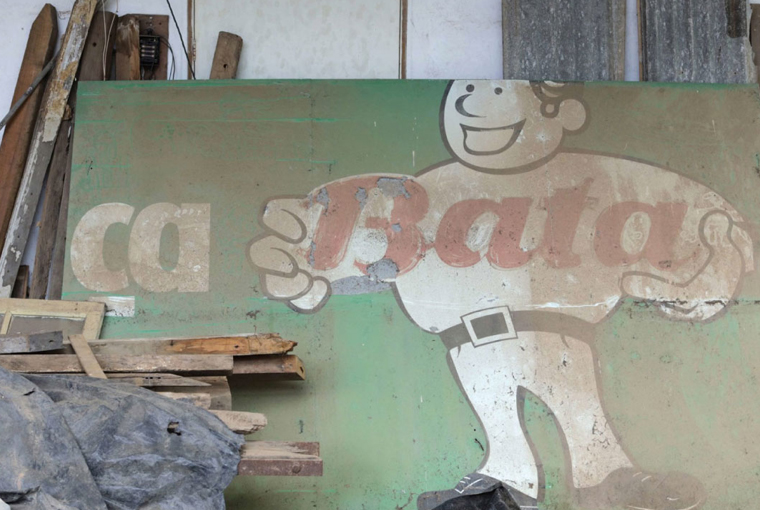 What is the main idea behind the founding of Baťa, a century-old shoe company that once used to operate as a global empire from its headquarters in Zlin, Czechoslovakia? If we are to believe Peter Kerekes, the director who helmed a recent TV-commissioned documentary about Baťa, it was to shoe the whole world, and to educate and connect local communities. Certainly, if you are weary about ascribing any moral ideas to a capitalist enterprise, especially such idealistic ones, this film is not the place to turn to. The premise that founder Tomáš Baťa represented the first globalist, as formulated in the Czech title, is neither reflected on, nor problematized in any true sense of the word. On the contrary, the film develops a story of kinship and cosmopolitan affinity in which guerilla shoemakers from India to Kenya stand as modern-day incorporations of the shoemaking empire’s founding father. When in the right hands, capitalist enterprises can do the world some much-needed good, as the unanimously positive recollections of previous workers of Baťa interviewed for this documentary confirm. And so the film voices an implicit hope that someday, the indigent craftsmen of today may step in the great entrepreneur’s footsteps.

While the film was produced for television and is thus rife with conventional reportage aesthetics, the sheer number of storytelling formulas used, bestows a form of eclecticism, if not genuine creativity, on the film. The film departs from shots of moorlands and a voice-over familiarizing us with the fact that Tomáš Baťa and his ancestors all the way up to his great-great-great–you-get-the-idea, were all cobblers. This myth of Baťa’s professional authority and modest beginnings will reoccur throughout the film, which takes special pleasure in indulging in Baťa’s self-understanding as some form of modern Tolstoy. Footage of Tolstoy is not among the featured material, unlike many an archival shot from Baťa’s rise to glory – from the more unsurprising views of factory routine, to celebrations, speeches and early advertisements. But the film also resorts to dynamic maps, recreations of factory situations with former employees and descendants of Tomáš Baťa, and perhaps most iconically, sequences documenting shoemaking production in and around India and Kenya, where Baťa is still operative. In India and Kenya, we are first introduced to local forms of value creation (both on and off the conveyor belt). And needless to say, we next meet the obligatory, friendly local, who is all smiles and laughs in spite of his hardships, and who happily imitates voices and movements of people and machines for the Western viewer’s curious eyes.

It is hard to decide what is more offensive about these cinematic trips to the colonies of the Baťa empire: the sheer obliviousness to the connection between global capitalism and the very scrap which is portrayed as the site where local cobblers work at. Or the perverse parallelization of these local survivalists with Tomáš Baťa, which not only suggests that Baťa was at a necessary point of historical evolution 140 years earlier, that is at a point where these locals have yet to get to. This parallelization of Baťa and cobblers in India and Kenya also ignores the fact that Baťa – wherever he might have come from (and I doubt that he came from a place as cradled as his supposed friends do) – did end up building a capitalist empire whose effects these workers struggle with on a daily basis. Instead of reflecting on such connections, however, the film follows the story as it is retold by the man and his descendants. First, Baťa realized how limited the efficiency of local working methods were, then he visited the US to learn how things were done, and finally he brought the American dream to Moravia – all while having the dignity of the people and the ideals of a normal life in mind.

To me, the interesting question is how a film funded with public money could go so wrong even on a superficial level. While I do not turn to public TV for my opinions, the frustration I get when stumbling upon its reportages is of a wholly different nature and has much to do with a naïve sort of self-reflexivity and smugness regarding real-life problems. These problems might not always be the most pressing ones (although my impression is that they sometimes are, if not framed correctly), but at least they are mostly actual problems. Kerekes’ film, on the other hand, represents a new stage of delusion in which the existence of these problems is simply not acknowledged. The potential dangers of Baťa’s pioneering globalism, the damage European corporations have done in places around the world, the imminence of ecological catastrophe, are all themes which simply remain unaddressed. The only statement remotely resembling an explanation why Baťa’s case is different, is that he – a very ordinary, Tolstoyan cobbler – pursued Socialist, if not Communist motives, and that the problems caused by more aggressive and effective corporations today were in no way intended by Baťa. Which is a stance I can only answer by referring to Marx, whose main message regarding the destructive potential of capitalists I do not take to be – omitting more imminently ideological texts like the Communist Manifesto – that capitalism was created by certain evil individuals who must be ridden from this world, but that capitalism is a system which demands exploitation from capitalists. If you listen closely, Baťa says as much, but no one seems to notice – certainly not the film’s director.