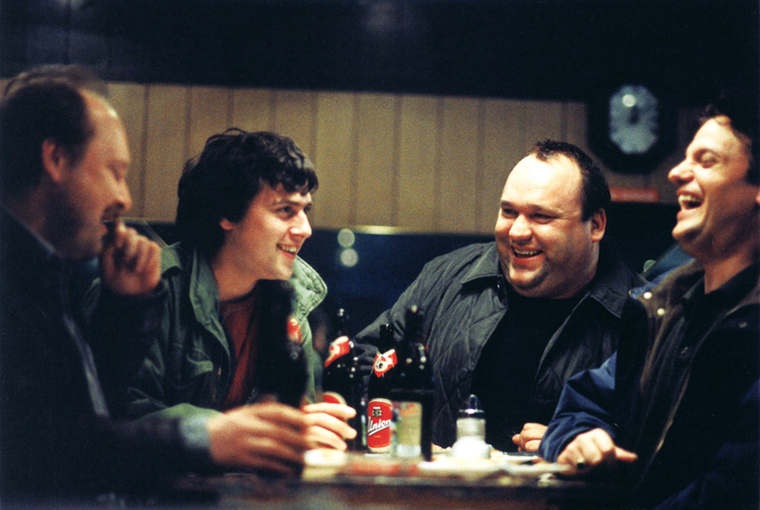 Walking out of Trieste train station there is a road sign to the right. It points to the town center as well as to the neighboring country of Slovenia, just minutes away, whose little corridor to the Adriatic Sea thinly separates the Italian border from the Croatian one. The patchwork of borders that structure this region is fairly unique and has led to some equally exceptional situations that, as long those living there are willing to share, will nourish our curiosity for quite some time. The Slovenian king of curiosity, director Damjan Kozole, shared his story Spare Parts with the Trieste Film Festival in 2004. There, the feature-length film inspired by true events was rewarded with a Special Mention and invited back to the 30th edition of TSFF in 2019 to keep his message alive: shocking events such as the trafficking of illegal immigrants across Slovenia happen much closer to home than people often expect. In Kozole’s film, it is an old speedway champion from his hometown Krsko that promised new beginnings to desperate people and exploited the European dream for money.

Although celebrated by many, Spare Parts was too grim and horrific for others to handle. Some interpreted the choice to follow the smugglers and not the immigrants as the humanization of monsters. A few even judged Kozole as exploiting the drama endured by vulnerable people unable to tell their own story, but even though he is guilty of loving speedway racing as much as his main character Ludvik, their similarities do not extend further than that. Like a still camera that documents the transient passing of the things that cross its path, the film captures the transient passing of human life through the fixed and fermenting lives of the Slovenian smugglers. The result is some insight into the way they coped with or rather ignored the responsibility for the damage done in the process.

The proof is to be found in the pudding, and the pudding after a fifty-dollar pizza in Spare Parts is Ilinka (Verica Nedeska), the young girl with only her body to pay for food supply monopolized by her chaperones. One of which is the slimy and lazy character Rajc (Primož Petkovšek) who solves her problems in return for rape. Afterwards, he strolls out of the room, where Ilinka lays half-naked, as light as feather and comforted by the reality that most immigrant girls end up as whores anyway. Kozole on the other hand, breaks the pattern of exploitation in choosing not to film the act and so rejects everybody else’s excuse for selling sex. Ilinka’s flesh is only momentarily put on display when Rudi (Aljoša Kovačič), the new member of the group, makes another kind of forced entry. This naïve character whose moral consciousness flickers feebly from time to time, covers the young woman with his jacket and slips her a fifty straight out of his guilty conscience. This sets the tone for the rest of the film which, instead of dragging out its most painful moments, takes a deep breath and stares into the truth just long enough to accept and hopefully understand it. These embarrassed intrusions into intimate moments of struggle, are brief and bold enough to evoke how unpleasant and humiliating they must be.

Of course, simply filming Ilinka’s struggle does not save her from it. Just moments after the first batch of refugees look out onto the twinkling lights of Trieste, the film delivers a literal newsflash which hints at Ilinka’s suicide. Although a positive step in disseminating the reality of illegal immigration, the heavy pessimism of Spare Parts should nevertheless be addressed.

Main character Ludvik (Peter Musevski), is a champion turned loser who has been exploited by tobacco companies, widowed by his wife’s cancer/suicide and diagnosed himself with the same disease. Unlike Ilinka and his wife he does not give in to suicide, but the ironic cure of drinking his own urine every morning speaks of the fatalism that plagues his life-choices. For the viewer, it is clear that this character has missed a turning point somewhere, thus knocking the details of his life out of sync. One might hope to see Ludvik using his experience to coach new Krsko talent Geri (Vladimir Vlaškalić) for example, but the young star’s storyline is tuned out in favor of Rudi who first joins Ludvik in the fateful role of spectator. Later on in the film, Ludvik skips an award ceremony at the speedway track, turning up only for the party afterwards and the news that he missed out on a gold watch. Despite talking of the immigrants as spare parts, it would seem that the spare part is in fact Ludvik. Having turned to beer and cigarettes as his escape, Ludvik is metaphorically culpable in the poisoning of his own morality, slowly chipping away at his life in the form of cancer. The two young men that follow in his footsteps are victims of his bad example. When Rudi repeats one of Ludvik’s opening lines at the end of the film, this statement is hammered home.

It is interesting however, to see that Spare Parts is not simply a film that laments the rotten state of affairs and blames the older generation for their part in it. The older characters have hardened themselves to the world’s harshness, but the younger ones simply accept it and are fundamental to its perpetuation. Baby-faced, scruffy-haired Rudi epitomizes the ugliness of passivism just as Ludvik does pessimism. This is expressed powerfully in a scene where Rudi helps to dispose of the bodies of people that he did not kill but neglected to death, leaving them to be carried away by the current and rot. Metaphorically speaking, he resigns himself to the same thing. His character is painfully passive in everything that he does and when he is called out by Ludvik for his negligence in getting a bunch of people caught, he uses mere girl trouble as his excuse. Even at the beginning when Rudi shows kindness to Ilinka, he chooses giving up his own jacket to cover the girl’s bare legs over returning her own clothes, actively restoring her agency and reversing the actions of his colleagues. The disgust that he too starts to drink and smoke away like Ludvik is betrayed in certain moments, yet not once does he lift a finger to fight it.

Characterized by the muddy and testosterone-filled speedway track, there is a strong atmosphere of filthy male behavior that spreads to the women who encounter it in Spare Parts. Nevertheless, Geri’s girlfriend Angela (Aleksandra Balmazović) ensures that women are not simply painted as innocent victims in the narrative. Just after puking up her own self-hatred for being with macho idiot Geri, Rudi is quick to jump in and comfort the vulnerable girl instead of taking his chances with a more independent personality. After they sleep together, she is hit with the shame of sobriety and accuses him of taking advantage of her; something which does not stop her from returning to his doorstep when turned away from Geri’s once pregnant. Both Angela and Rudi are presented as young and naïve and therefore possessing enough time to mature. They persistently surround themselves with bad influences instead and begin to roll around in a confusing mash up of victim and aggressor roles, where one rotting fruit passes its ailment onto its neighbor until the entire bowl rots together.

This is perhaps why Damjan Kozole did not choose to tackle the issue of his film by looking at international politics, war and Slovenia’s own journey into the idealized European Union. He instead favors the banal, ugly and very real truth. It is easy to blame evil monsters for the tragedies that darken our history but the fact of the matter is that human tragedy comes from human beings. Ride around long enough in the dirt, and you will get covered in it. Delivering this message, Spare Parts is a dark film to watch yet, look closely and you might see the light in Angela and Rudi’s union. They have found their way to each other by the closing scenes and with the news of her pregnancy, the audience can hope for a stronger, more combative generation who are ready to fight for something better. 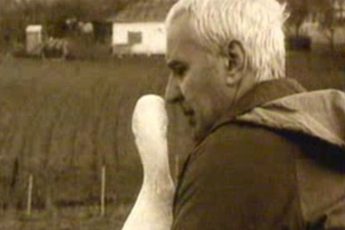 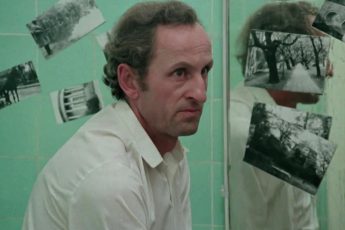 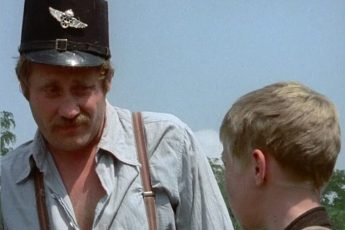