Angel Games in a Machine world 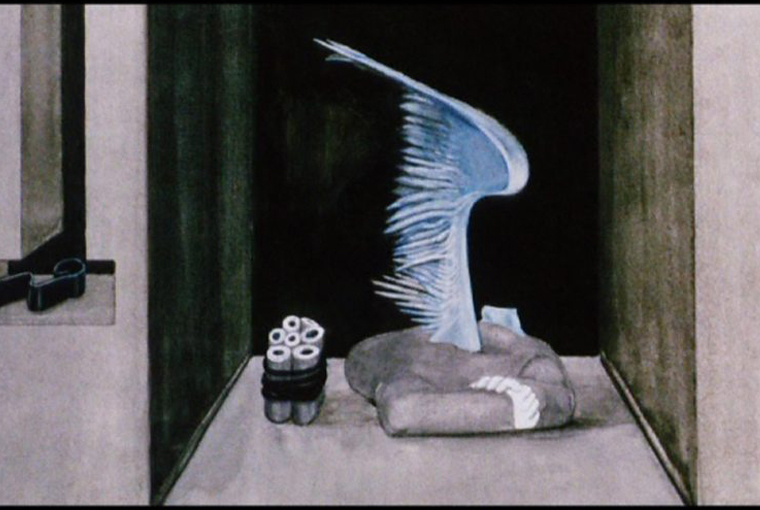 Earlier this month at the Goethe Institut of Paris, a gem of 1960s surrealist animation was projected : Les jeux des anges (1964), a 13-minute short made by Polish director Walerian Borowczyk (1923 – 2006). François Bonenfant, coordinateur pédagogique cinema et arts visuels at Fresnoy (Tourcoing, France), gave a brief introduction to the film, remarking that the short was “pictoral”, resembling a love-child of “Guernica and Francis Bacon”. Ambitious as it is to say, the film offers exactly that.

The film starts with a low rumble, the industrial sound of being within the bowels of a train, and almost-entirely black screen with a pan of grey that chugs along the bottom. This image stops, leading to the début of the film, without the spectator ever knowing what it was – a sign to come of the abstract surrealist imagery to come.

The scene is set when the camera focuses upon an empty grey cell – a prison? the inside of a machine? – garnished only with several open pipes and a few geometric openings in the walls. Although very much an animation, the camera movements imply that the scene is a painting: the camera slides from room to room methodically, showing the intricate inner workings of a non-peopled world, what could easily be interpreted as the inside of an empty vending machine, or a factory with no product or materials.

Suddenly the somber grey and black colors brighten, classical organ music simultaneously enlivens the tone, and three red objects are quickly covered by a grill, and the first figurative images are shown: headless, winged beings, the head of a 19th century lady. The rest of the film shows primarily objects within this gloomy machine-world : with sounds like ice or breaking glass, objects seem to be violently beheaded, head-objects roll like in a child’s marble games, and shape-shifting organic (and alternately non-organic) matter scuffle like small fighting bodies highly reminiscent of Bacon’s abstract carnal forms. All the while, the organ music, at the same time beautiful, powerful, frightening and cacophonic, implies a dark powerful morbidity and lack of control.

The film was made in France, six years after Borowczyk moved from Poland to collaborate with such French cinematographic stars as Chris Marker, whose influence upon the film is clear. Marker’s unique photographic style (see: La Jetée, 1962, the “roman-photo” constructed from rapidly montaged still images) is evident in the speed of the moving “beings” of Borowczyk’s film, as well as in his still shots, mechanical camera movements, and rapid scene changes.

More recently, the same style can be seen in the work of Jan Svankmeyer, creator of the 2005 film Lunacy in which stop-motion animation permits pieces of meat (butcher cuts that range from steaks, to eyeballs, to entrails) to escape their packaging, slither, and dance their way around a film set in a 19th century French insane asylum.

The darkness, however, and the very mechanical figures and environments, seem a unique product of Borowczyk’s personal life alone. The destruction, the violence, the cacophony, can be seen as a critique of the various forms of outside control of Poland, which during Borowcyzk’s life suffered not only a Nazi occupation, but a Soviet occupation, before finally, a short time before the director’s move to France, the People’s Republic of Poland was declared. All three highly repressive regimes in terms of freedom of speech, Borozcyk struggled with his cinematographic expression both in and outside of Poland.

Most recently, his films have pushed the envelope on the filming of desire, notably in his live-action films La Bête, which includes a highly-graphic scene of a “beast” resembling a bear copulating with a (human) woman, and Contes Immoraux (1974) which includes three chapters, each on a different sexual taboo. Due to the explicit nature of these films, his work has recently been derided as pornography, and the launch of his actual soft-core pornography career in 1987 did little to dissuade public opinion on the art-house value of his live-action films.

Les jeux des anges, however, shows nothing that is sexually explicit, although the darkness of the music, colors, actions, and figures foresees a violence to come. Despite lack of linearity and the abstraction of the images, a dark philosophical message is evident symbolically identical to his (more linear) animation of the same period, Renaissance (1963) : destroyed objects reconstitute themselves until the final item, a bomb, reconstitutes itself, detonates itself, and renders all, once more, a ruin. In such a way, the morbid world of flesh and mechanics that Borowczyk describes in Jeux des anges is one that reminds us all of the violence and futility of society and life itself. 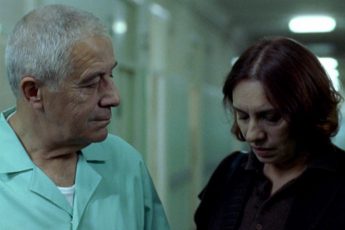 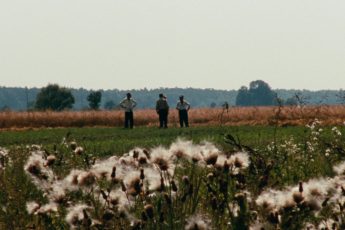