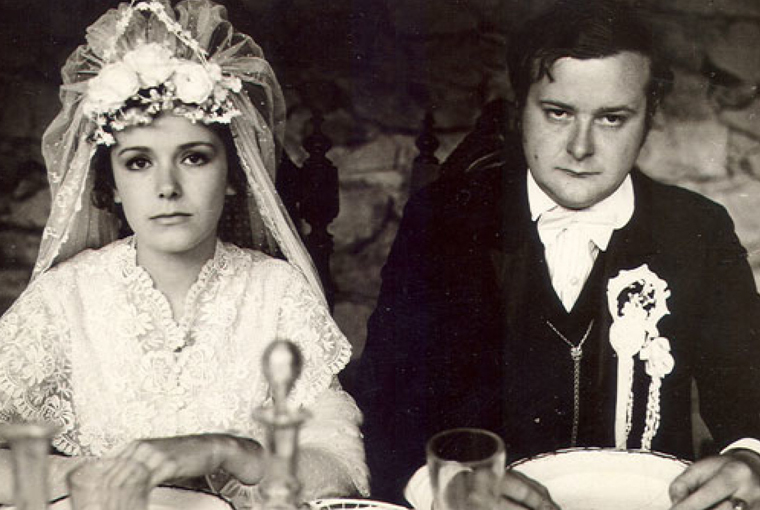 Fefeleaga, directed by Mircea Veroiu (part of the collaborative project Stone Wedding co-drected with Dan Pita), could today be considered a classic Romanian piece, typical of the films to come out of Romania during the 1970s and 80s. This short film centers on the life of the protagonist, Maria Fefeleaga, a widower with a young daughter. Each day, Fefeleaga works at a quarry gathering stones that her horse bears to the local concrete plant in baskets. Veroui shows the day of her young daughter as she stays at home, plays with her dolls, and idly explores her surroundings – otherworldly footage which foreshadows events to come. The film is one of two shorts based on the stories of Romanian writer Ion Agarbiceanu, which together constitute the work entitled Stone Wedding. (Filming a published work was a defense strategy against accusations of criticism under the regime of Nicolae Ceausescu).

Fefeleaga and her daughter are the two primary characters. The daughter is a tall, lanky girl. It’s clear she is young but one would have trouble guessing exactly how old. She pushes her dolls around a desolate garden in an old fashioned, rather pretty pram. She towers above it and stops after a moment, bored by this meaningless toy. She plays delicately on a swing but even this exhausts her. Everything she does lacks the energy of youth. Her oncoming death is omnipresent.

Her mother walks like someone who has—or has very nearly—given up on joy, relationships, life. Her daughter is her one remaining hope. She has two companions, her horse and her daughter. But she will sacrifice one and lose the other. In the quarry, where the townspeople seem to be looking for gold, she collects rough stones with ragged gloves. Her extreme poverty contrasts with the wealth represented by gold. There is desolation in her eyes, and she submits to her fate but when two boys walk past her in the quarry she tells them to « grow up strong ».

The white horse seems gentle. Its white coat is a precursor to the robe which the daughter will wear in one of the last scenes, where beautiful and pale, she is laid out in a traditional wedding dress on the dining table in the middle of the house. It is traditional in Romania that unmarried women, regardless of age, are buried in symbolic wedding garments. We realize that the relentless work of Fefeleaga has only paid for a simple dress. Sometimes worth cannot be measured in money.

The rhythm of the film is slow. The scene in the stone quarry seems to be filmed in real time, highlighting the poverty and misery. Metaphorical imagery is very important. For example, we see the horse on a rope bridge over a high crevasse mirroring the precariousness of life, the dizzying isolation of the circumstances, in which a single mother is the only one to provide for her dying daughter. Life, the manner of filming, all is tragically unnatural : much like the death of a younger generation before the older.

The recurring motif of white; the white horse, the white buildings, the white stones, represent the daughter’s innocence, her purity. Her virginity represents the innocence not only of her family, but of all the people of Romania, the innocence of people who cannot control their situation. No wedding takes place. Neither for Maria, who is considered too old for marriage, nor for her daughter. Their tragedy is always double. Their chastity reinforces their powerlessness against their fate in a world where political powers care little for the individual.

In her review of the film, Lilla Tőke (The Cinema of the Balkans, Wallflower Press, 2006) reminds us of the links with Greek tragedies. We hear a voice singing like a chorus, outside the narrative, commenting on events when the protagonists cannot express themselves, telling us, for example, that Maria is a widower whose son has died. And Fate, like the regime, does not allow Maria any freedom. The last image is that of a mother digging the grave of her own daughter. 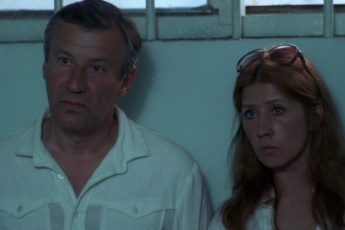 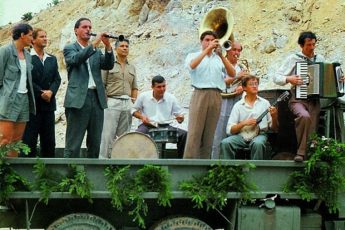