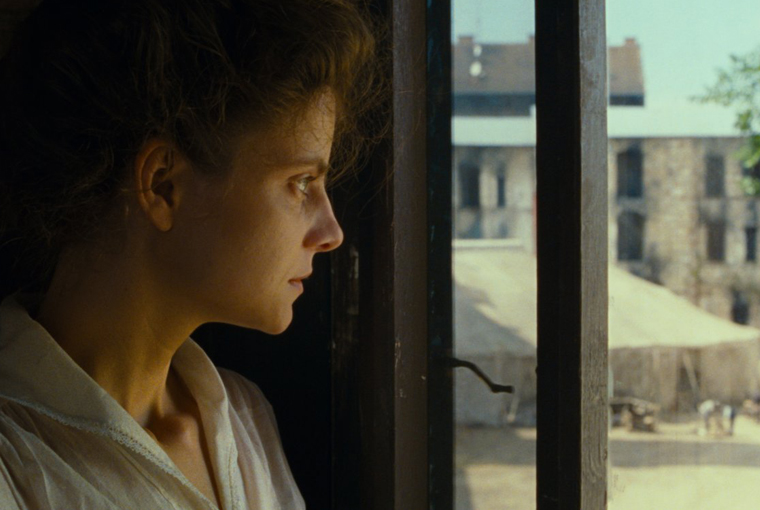 The periods leading up to WWI and WWII have become recurrent reference points for intellectuals interested in diagnosing our times. Rampant nationalism, growing inequality, the failure to overcome the consequences of financial crisis, calls for authoritarianism, and a polarized political landscape, are just a few of the many ways in which today’s political situation resonates with history. While it is hard to argue with those who stress discontinuities rather than searching for analogies – surely, there are no two historical moments which can be said to be identical -, the instinct to draw parallels suggests that we are at least interested in learning from the past. Whether we can only time will show. It is worth deliberating, however, to what extent the act of returning to the past can itself be said to be meaningful – a question Radu Jude raises in an interview conducted for this month’s issue. The notion that it might not, which Jude already pursued in I Do Not Care If We Go Down in History as Barbarians, contrasts with the approach László Nemes appears to favor in Sunset (a review of which is also part of this month’s coverage), which illustrates the time leading up to WWI as one of dangerous instability only to fall in the trap of nostalgia by retracing its problems to our having lost something we once used to possess – an innocent integrity personified by its protagonist, a young milliner, whose parents have lost their business to immoral capitalists (unjustly, it is intimated). This helps construct the myth of a downfall of mores already popular in ancient Rome, according to which the problem lies not with the status quo, but with our inability to perpetuate it. In following this approach, one is at risk of reducing the move to the past to a remainder that things were once better, rather than resorting to it to help construct a better future. And to this, one must retort: has the world ever been that just to us?

Ana Grgić conducted our interview with Radu Jude during the Thessaloniki IFF, where he headed the main competition jury, while Isabel Jacobs reviewed László Nemes’ Sunset. Zoe Aiano contributed to this issue with coverage from the Tallin Black Nights FF, where she saw Fire Lily and interviewed its director Maria Avdjushko. We were also at the Ji.hlava International Documentary FF, where Colette de Castro interviewed Belorussian filmmaker Alexander Mihalkovich, whose feature documentary My Granny from Mars was pulled from the Minsk Film Festival by Belarus’ Minister of Culture. Colette also saw Last Self-Portrait, through which documentary filmmaker Marek Kuboš reflects on the documentary genre and his career. Finally, Jack Page reviewed László Csuja’s road-movie Blossom Valley about an unlikely couple who are constantly on the run from something – either their surroundings, or themselves.